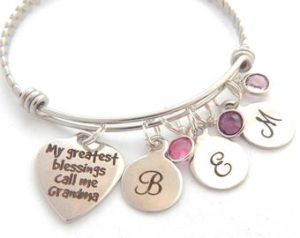 Why on earth was I surprised? My own grandmother had a bracelet with a dangling charm for each of her grandchildren. But clearly, I have not  kept up with the changes in the grandma jewelry market.

These days — so many choices! Necklaces, bracelets, pendants; all manner of charms and dangles. You can include photos or birthstones, not to mention using Grandma’s special name. (Nana or Mimi come standard with some companies; personalization is always an option.)

I was caught off guard when I read the ad from the company that touted its appearance on the Today Show, offering photo engraved dog tags. “It’s time to show Grandma you care, with a gift that is uniquely hers.”

But then I realized — by photo dog tags, they did not mean tags for actual dogs. They meant necklaces made in the shape of the old “dog tag” i.d.

But now I am worrying: am I a bad grandmother because I don’t know the birthstones of any of my grandchildren?

Maybe the most weird option is a butterfly-shaped pendant that says, “Now she flies with butterflies,” which I assume is about a grandmother who is dead. Who would wear that one? Or is the idea to order it quickly and slip it in Grandma’s coffin before she flies off to Butterflyland? Luckily, expedited shipping is available. 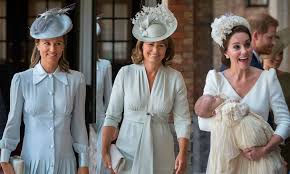 A British fashion retailer ran a survey to see who Brits thought was the most glamorous grandmother of all:  do you think there was any self-interest involved?

Guess who won with 40 percent of a seven-woman field? Kate Middleton’s mum Carole, who, it is said, shares clothing with her duchess daughter.

Goldie Hawn came in second. Camilla came in dead last. (Camilla? Who thought of including her?) 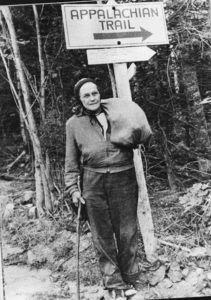 More than 60 years ago, in 1954, Emma Gatewood, a 66-year-old grandmother, equipped with sneakers, a blanket, and a plastic shower curtain, set out to hike the Appalachian Trail.  She was unsuccessful. Her glasses broke, and she was forced to give up.

One of 15 children born to a Civil War veteran on an Ohio farm, she went on to marry and have 11 children of her own. She also had a husband who beat her for 30 years, until she found the courage to divorce him.

Gatewood’s conquest of the A.T.  garnered a lot of publicity. Grandma Gatewood, as she became known, did not talk about her past. However, she did talk about the poor conditions on the trail. The stories she told, and the repairs that followed, inspired a new generation of hikers. 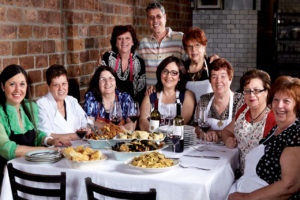 Jody Scaravella grew up in a close-knit Brooklyn-Italian family. When several relatives died within a short period, he felt unmoored. So he moved to Staten Island. Soon, a storefront near the ferry spoke to him. “Restaurant,” it whispered; “Italian family restaurant.”

He had no experience in the restaurant business, so he sent out a call for Italian housewives to help him set the recipes. What he found was a gaggle of grandmas: nonnas in Italian.

With a core group of 10, from different regions in Italy, he opened Enoteca Maria, a restaurant named after his own mother. The nonnas each hold forth one night a week. They re-create the dishes they learned to cook from their own families. It’s an enterprise that is as much about tradition and family as it is about cooking. The nonnas link the past to the future. 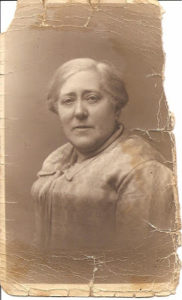 In case you were worrying that this most popular of apple varieties was named as a marketing stunt, you can relax now. Granny Smith was real. And she was really cool.

Maria Ann (Windsor) Smith, who was born in England in 1799, emigrated to Australia with her husband, Thomas, a farm laborer, and their five children, in 1838. They built a successful farm and orchard, and had another child. They may have been illiterate.

There are several colorful stories about Maria’s discovery of a new apple, a mutation that occurred in a cross between a crab apple and a domestic apple. What is not in dispute is that she was 68 at the time, her husband was an invalid, and she did the work to both cultivate and claim the new variety.

Smith died two years later; so did not get to see the success of her apple. Because it kept well, was slower to turn brown, and was excellent for cooking, it quickly gained international popularity. By 1975, 40 percent of Australia’s apple crop was Granny Smiths.

Because the Granny Smith was a mutation, the seeds grow into a more tart apple with less appeal. So most apples are direct descendants of the original Smith tree. Australia celebrates with an annual Granny Smith festival, complete with Festival Queen and fireworks. 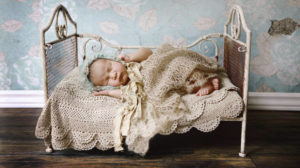 There is a certain category of song that somehow slipped my mind all the time that I was a parent, but has bubbled up through my grandmother brain. These are tunes that I learned as a child. At the time, they were laughably out-of-date. Now they are quaint. We are probably talking 1920s and ‘30s. They send the kids into peals of laughter every time.
One of the best is Go On Home; Your Mother’s Calling:

A second verse involves the dad getting stuck in the wash machine (they can’t get the laundry out clean.)
This song invites — no, demands — that everyone add their own ridiculous verse. I notice that my additions involve rhyming, as well as some relation between the place where the father gets stuck and what happens afterwards. For the smaller kids, just thinking up any new verse is giggles enough.
Oddly, this song has become a favorite part of the good night routine. You would think that the kids would want the reassurance of a soft lullaby, with protestations of love, or at least the quiet tone that helps you drift off to sleep. But maybe the funny bone must be tickled one last time before it, too, can settle in to rest.