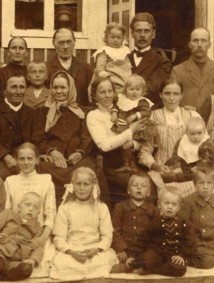 The argument that post-menopausal women help to produce more offspring has been around for long time. But a study of 18th and 19th century Finnish and Canadian farm families (stable populations with excellent record-keeping) puts numbers behind this aren’t we helpful idea.

Both men and women who had a post-reproductive mother living with them, produced more children and experienced fewer childhood mortalities. Interestingly, this difference in childhood mortality connected to Grandma’s presence only kicks in after the age of two, which implies that, for the first two years, a child is the responsibility of its mother. 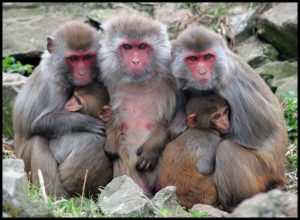 It’s called The Grandmother Hypothesis, and it was first posited more than half a century ago. The idea is that we post-menopausal dames might have played a really crucial role in the development of the species. Long ago, when our ancestors were tending their fires and sweeping out their caves, proto-human survival was very touch and go.

Who better to help the little ones than their dear doting grandmothers? We who were no longer burdened by pregnancy and nursing could keep those toddlers from wandering away from camp, or falling into the fire. We could gather more nuts and berries, and make sure the small cave kids ate their fill.

This allowed more of us to survive, and more portions of our brains to develop. Also, this model of having several small children and at least a couple of caretakers promoted a model of “shared intentionality.” Anthropologists argue that this has helped humans to work together to achieve common goals.

More recent research on hunter-gatherer tribes has found that “modern” grandmas still play the same role — hunting tubers and feeding them to the young.

Go grannies! We knew it all along.