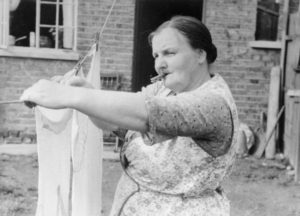 What if grandmothers were the key to a more humane and effective welfare system? That is the premise of a working paper by a British think tank, the Institute of Community Studies.

It suggests that we make a mistake by considering the family unit to be the mother and her children. This makes it more likely that immature young women will move away from the support of their families and bring up their babies on their own, with more dependence on state support. It also discourages paternal involvement.

More effective would be to recognize the central role played by the maternal grandmother, whom the Brits call Mum. It is Mum, they say, who is available for formal or informal childcare, advises young parents, even helps them find jobs. It is Mum’s house that remains the center of the extended family, creating a “network of alliances.”

These grandmothers should be recognized for the critical role that they play in the community. “To treat parents as suddenly becoming ‘childless’ when their offspring reach a certain age, as so much official thinking does, is to fail to understand family life.”